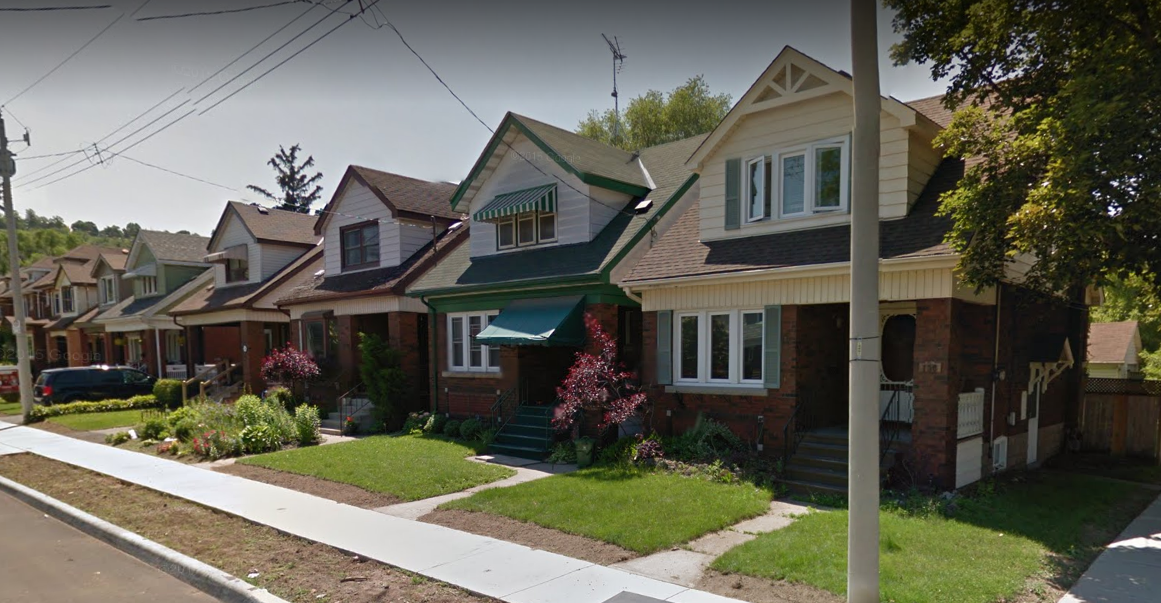 I promised that I would tell you the story of how we purchased this house and the crazy story that went along with it. As with many things in life, the road to reach the desired goal isn’t always smooth, or under ideal circumstances, or anything close to picture perfect! For us, buying our first home required a lot of trust, a lot of not-so-great-options, and was most certainly an adventure. It all started back in 2013 when we found out we were pregnant with our second child. We had been renting in the basement of a house but it didn’t really have space for a second child; we were flexible though, as we knew we could wait. Our finances—namely the down payment—were still not where we needed them to be. We had about half of what we needed and were hoping that “somehow” we’d be able to make it work!

We started casually looking in the spring of that year, but everything we looked at in our price point was NOT what we…er…I…was looking for. I really, really liked the neighborhoods around Gage Park in Hamilton, but the prices were just out of our league. I loved the character of the neighborhood: the tree lined streets, the original old-house features that I hoped we would find, and the close proximity to Gage Park =perfection! I could envision us raising our family and creating many memories in our first home.

We looked diligently but nothing that was “right” popped up. I was starting to get really frustrated because as soon as something nice would come up into our inbox, it would be sold before we’d even had a chance to look at it. Familiar story as the real estate market in Hamilton was ramping up around that time and bidding wars were becoming the norm.

God came through in a big way when a family member decided to gift us an amount for our down payment that put us right in the price range we wanted to be in. We could now look in our preferred neighborhood and that opened up a world of possibilities…yippee! We were SO excited! 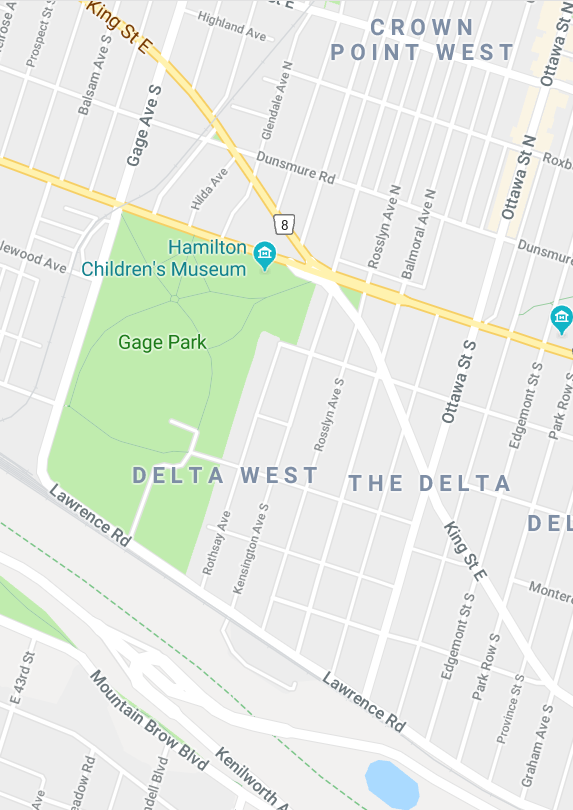 That was on a Tuesday.

On Thursday, our landlord comes to my husband and informs him that he had decided to sell the house and could we move out by the end of June or July the latest?

At first, he was stressed out and I was chill…we can do this! If God provided the down payment then why can’t he also provide the house? He knew we would be facing a short timeline so it’s going to work out okay! Yup…I had it all covered. That lasted about a week and then we switched—I was off my rocker in worry (and pregnancy hormones on overload) and he was as cool as a cucumber!

So, it is mid-May and we were in full out game-on mode. I was so addicted to MLS that I felt I needed to step back a bit. Have faith. Trust God. And my Real Estate Agents (who were amazing by the way)! The right listing would pop up and we wouldn’t be too late. We’d get a house in time! Walk away from the computer…. just walk away….!

As the middle of June approached, my hubby was entrenched in Report Cards (he is a Teacher) and basically told me on Sunday not to bother him with house stuff this week. He just didn’t have time to look at anything as his deadline was fast approaching. Yup, no problem! Then THE listing came in on Monday night. No pictures, but on a great street and the info matched up with exactly what we were looking for. After Google searching it, I called my agents and the earliest they could get me in was lunch time the next day. (Pray…pray…pray it doesn’t sell!!!)

There were no bells or thumpity thumps as I walked through the front door, but as I took a look at this empty house there were many things I liked about it. I liked all the wood trim and the fact that it was a rich brown. I liked the wood inlay in the floors. The closets were a good size, and so were the rooms. The basement was finished and the ceiling height workable. It had a garage. Lots of trees lined the street. All the checks were going off in my brain one by one! The only thing I wasn’t certain about was the lack of a driveway and that the backyard was pretty small. Called my hubby right away and told him my thoughts. His phone couldn’t receive pictures back then so I had no way of showing him what it even looked like (remember, the listing didn’t have photos yet either)! 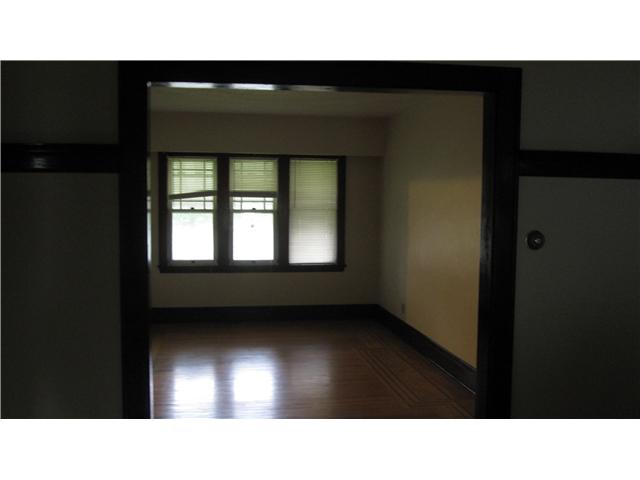 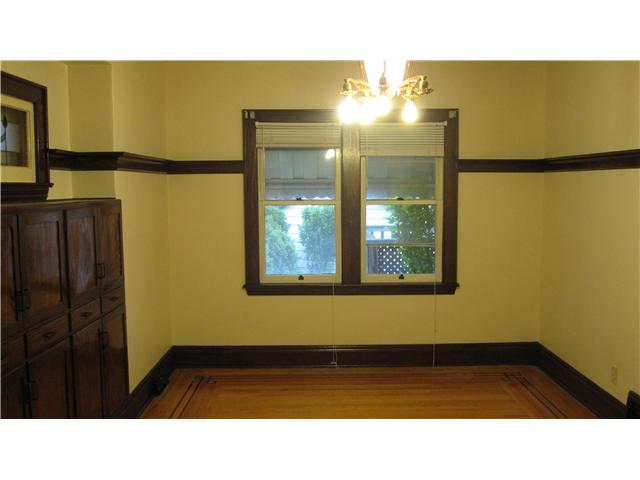 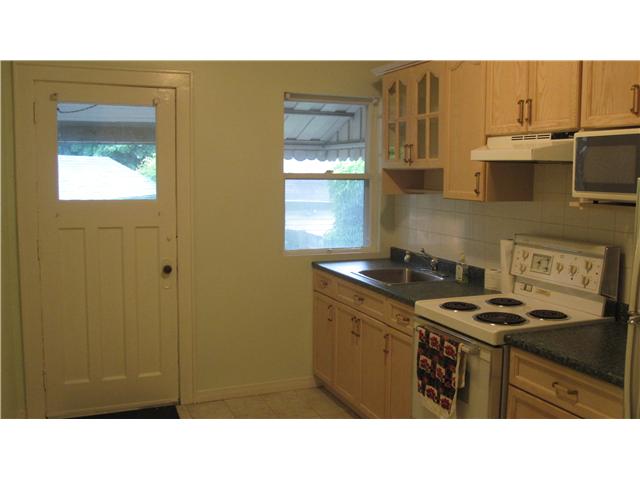 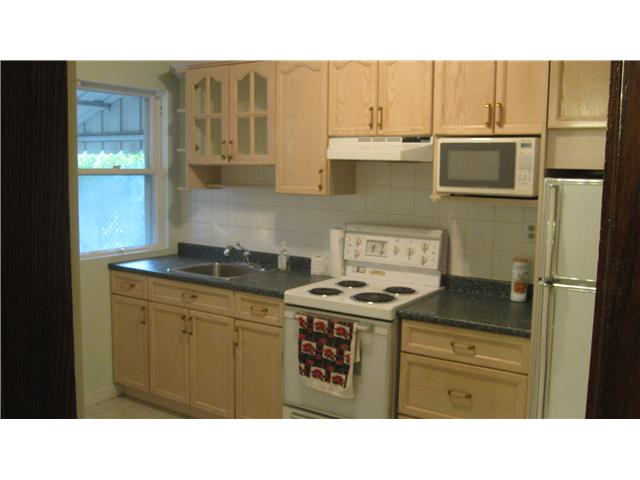 After chatting for a bit, we decided that we were willing to forgo the driveway and a smaller backyard just meant that there was less grass to cut. Ok…but now what to do? As time was so tight he either had time to go and see the house (and no time to make an offer) or skip seeing the house and meet with Craig and Coleen to put the offer in. He chose the latter. We put an offer on the house around 6 pm on Tuesday without my hubby even stepping foot in the place!

We received the call at 10:30 that night that our offer had been accepted!!! There had also been another offer on the table but ours won out (we went 6,000 over asking…that’s it)! We still had the inspection by Rankin Inspection on Friday and that would be D’s first chance to actually see the house—and it was his birthday no less.  But we sealed the deal that day…and so the story goes! We took possession a month later—and got to work!

The first thing we did (other than update the electrical wiring—not fun) was work to update the kitchen. The cabinetry was in good condition, but it was only along the one long wall. No dishwasher (eeekkk!!) and the appliances were not only dated, but apartment sized. Not going to work for this Italian momma! As we didn’t have the funds for a full out kitchen reno, we decided to re-use the existing cabinets, give them a paint job, rejig the layout to more of a U-shape, and choose a new counter top. Two weeks, tops! Well, it was more like three weeks before it was actually functional; truth be told I had a total meltdown when I had been without a sink for a week and my amazing contractor stayed overtime on a Saturday just so I could have it! Bless you Tim! And then when we took my cabinet doors out to a family member to be sprayed I found out the hard way that they hadn’t been prepped properly. The paint peeled and they needed to be re sanded, re primed, and repainted by yours-truly before they could be installed! That took me a whole month!! 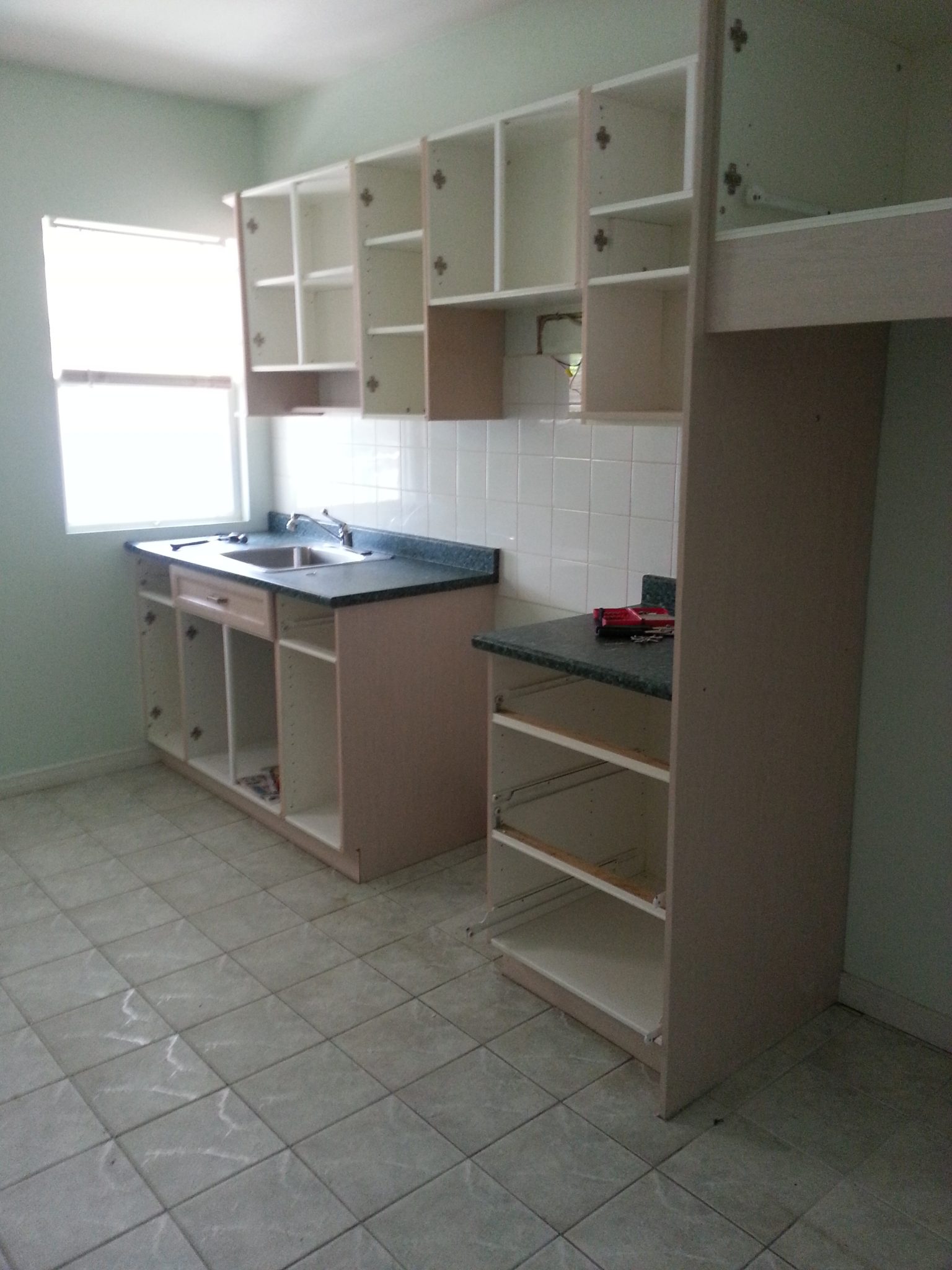 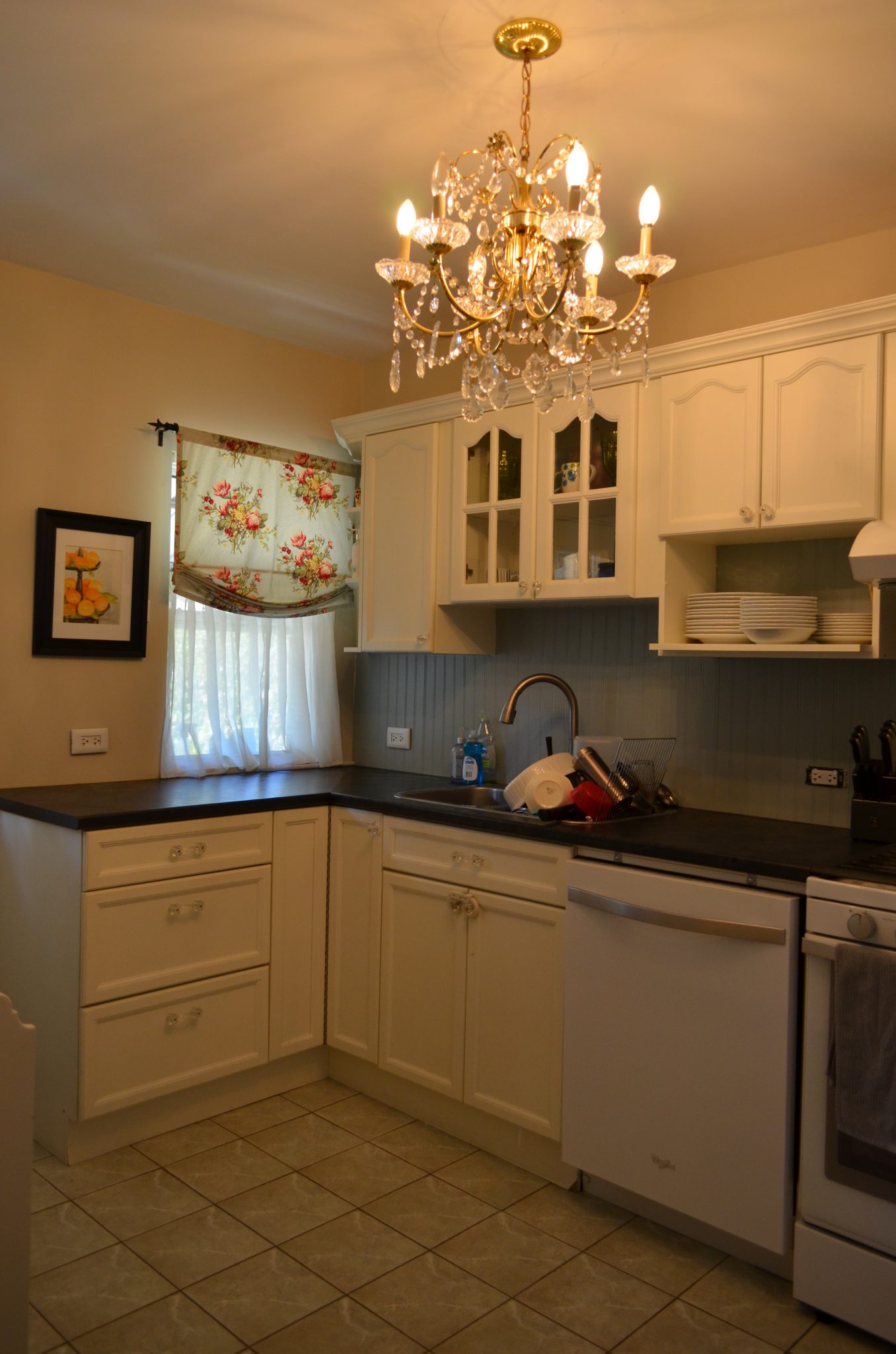 Everything about this room was about high style on a low budget. We used bead board paneling instead of tile for the back splash. We added in open shelving instead of buying new cabinetry. We had custom corner cabinet doors made by a friend that saved us significant $$$. We used laminate counters instead of natural stone or quartz. The roman blind was from our first apartment and the chandelier was given to us from a friend who didn’t want it for their house! The only “splurge” was for new appliances that we knew would last several years and were worth the investment.

One of the big things that also attracted us to our first home was that it had just been freshly painted. The woodwork looked pristine. We loved the additional storage of the built-in cabinet in the dining room (hello original features!!) The main bath had been updated so we didn’t need to do a thing—great for someone 6 months pregnant! I loved that it felt like a blank canvas that we could change up over the years and call our own. And that is exactly what we have done!

The house is by no means” finished” but buying and making our first house our home has been something done little by little…and I’m still tweaking! We have now been in the Crown Point community for five years and absolutely love it! We know our neighbors and they know us! We are right in the fabric & antique district of Hamilton—could that be any more perfect as a designer and antique lover? I am shopping there all the time!

Craig and Coleen Bush of Bush Realty Systems were amazing throughout the whole process of looking for and buying our first home and they really gave us the confidence to make the right choice—which we really needed! Come on back next week and hear my new ideas for a room–or two–in our house! I must have Spring Fever…I just keep coming up with ideas!